World of Warcraft Shadowlands Patch 9.2 finally has a release date. We summarize all the information and our assessment. 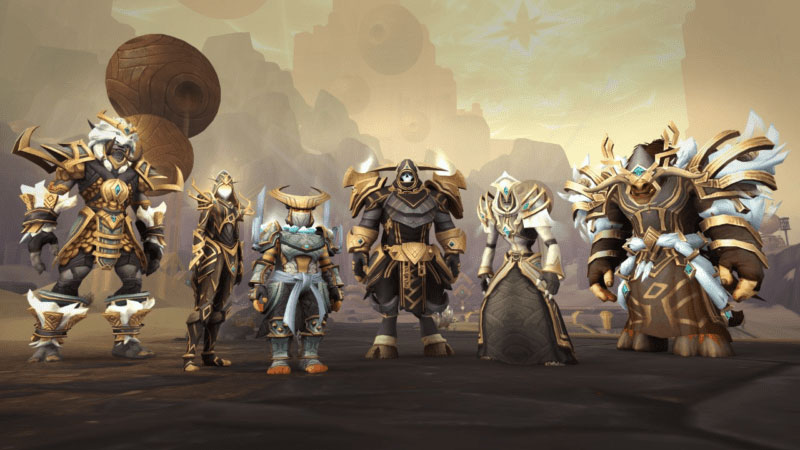 After Patch 9.2 for WoW Shadowlands has been doing its rounds on the official test servers for some time, it won’t be long before the release on the live servers. The patch, called End of Eternity, will be released on February 23, 2022.

With the start of patch 9.2, the second season of WoW Shadowlands also ends. So if you still want to dust off the seasonal successes, you have to hold on until February 22nd. You can read more information about the end of the season in the official announcement.

As usual, you will not be able to enter the new raid in the first week after the release of 9.2. Only in the second week you can enter the Mausoleum of the First on normal and heroic difficulty up to the eighth boss. In week three, all 11 bosses, as well as the mythical level of difficulty and the first wing for the dungeon browser (LFR) will be unlocked.

It is still not clear whether Patch 9.2 is really the final content patch for WoW Shadowlands. Many fans suspect that there will be no patch 9.3. However, there is still no official confirmation. Patch 9.2.5 has already been announced for this. It should also end up on the official test servers (PTR) shortly after the release of 9.2.

What we now know about Patch 9.2

Although the video mostly talked about design decisions and other background information, we still got some glimpses of what to expect in Patch 9.2:

The speculations expressed in advance have come true. Our next stop in the Shadowlands is Zerth Mortis. For the more perceptive among you, you may have heard the name from a conversation between Tal-Galan and Ve’nari in Korthia after completing the main story of Patch 9.1. According to this conversation, Zeth Mortis is the realm of the First Ones, the gods who created the Shadowlands. There we also find a new faction of brokers, the so-called Enlightended.

The fact that the journey now goes to exactly this realm is obvious, since the jailer has also taken this path. During patch 9.1, he grabbed the five Seals of the Eternals to reach the Tomb of the First, which is also in the new area and is the patch’s new raid.

New System: The Ciphers of the First

Things are a little different in Zereth Mortis. The machines that reside there speak no mortal language, so we must work to understand them first. This is where the new progression system comes in, which will accompany us through the patch. The more ciphers we collect and the more we understand the language of the Automata, the more areas, quests, events and of course rewards we discover.

New Raid: The Mausoleum of the First

The mausoleum is the new goal of the jailer, who expects a special secret of the first ones inside. Here we will probably finally face him in battle. It stands to reason that he will be the final boss of the new raid. But we don’t know yet.

But what we already know is that we will celebrate (?) a reunion with Anduin. He’s still under the rule of the jailer and, like Sylvanas, he’ll want to hit us hard. Speaking of the Banshee Queen, we didn’t see too much of her in the trailer after her last appearance caused dissatisfaction in the community:

The animal sets are coming back

With all the displeasure about the current development of WoW, you should probably be particularly happy about this news: The animal sets are celebrating a big comeback. After they were discontinued after Legion, we can finally collect glamorous armor parts again from patch 9.2. What they look like has already been revealed in the video embedded above.

Other New in World of Warcraft Patch 9.2

So much for the most exciting points of the video. Of course, a few more changes were announced, which we list briefly here. The following changes will come with Patch 9.2.