Blizzard announced the new Warcraft Mobile game. The name of the game was announced as Warcraft Arclight Rumble. Here is all the information. 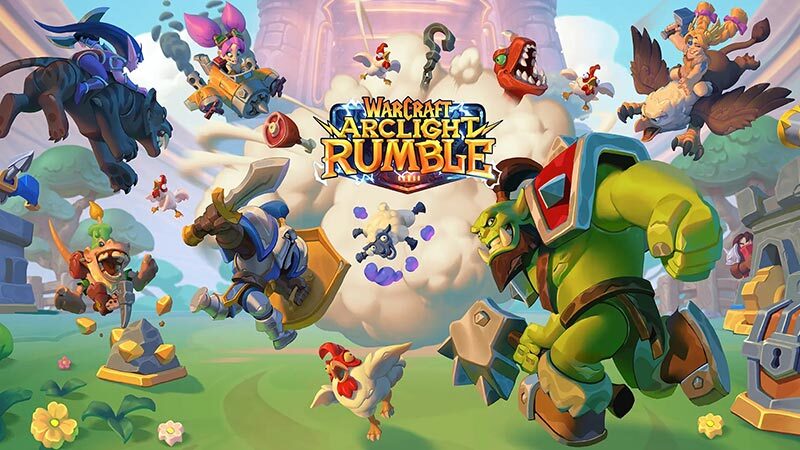 Warcraft Arclight Rumble was recently announced. You can find the game’s release date, price and other information about the game here.

The fact that mobile gaming is truly booming as a market is as recent as the success of this sinister internet that everyone has been talking about lately – but the mobile gaming world is still getting a jolt.

Various publishers have been attempting to bring their traditional console and PC brands to mobile for some time. Fortnite, Call of Duty Mobile and PUBG show that millions can be made with this.

So it was only a matter of time before Blizzard continued to saddle up here. With Hearthstone, they have the best example of a successful mobile game in-house – and now comes Warcraft Arclight Rumble! We talked to the developers, showed us Blizzard’s new game, and put together all the information for you, including the first balance sheet.

What is Warcraft Arclight Rumble?

Now don’t fall off your chair in surprise, but Arclight Rumble will be a mobile game – for mobile phones! In other words, you will be able to play with your Android and iPhone smartphones. Blizzard calls the concept Tower Offense, a variation of tower defense classics like Kingdom Rush.

So you refuse about 70 single-player missions with a clear goal: defeat the boss. To achieve this, as in a MOBA, you send your minions along hard lanes in the direction of your opponents while your boss tries to destroy your base with his own minions.

On the way to the goal you fight for checkpoints on the map, for example, your units can destroy towers, gold veins, etc. conquering. Your troops are recruited from four factions that every Warcraft fan knows:

To increase your chances, you recruit special leaders in addition to regular troops like Jaina Proudmoore or Grommash Hellscream – plus old acquaintances for all WoW fans. These up to 60 heroes and villains are supposed to be a big attraction of the game, because they can be summoned!

The game has not been released yet, but you can pre-register on the Google play store and the game’s official website.


How much is Warcraft Arclight Rumble?

Arclight Rumble will also be Free2Play, but the developers assure you that the game only makes money from progress, not characters. There are no loot boxes, instead you can buy premium currency to fill certain progress bars faster.

When will Arclight Rumble be released? Is there a beta of the game

Arclight Rumble is scheduled to appear in 2022, but Blizzard has yet to announce a more definitive release date. There will also be a beta – we’ll update this article with more information as soon as we have it.

Who is it addressed to with Arclight Rumble?

If gameplay is as entertaining as Blizzard promises, Arclight Rumble could actually be quite a treat for those comfortable with the mobile gaming genre. Do you have a portionable waste of time like Hearthstone? Arclight Rumble probably bakes slightly smaller buns.

For example, in terms of multiplayer, the game starts out quite manageable. There is a guild feature and co-op options with friends, but no matchmaking PvP. Still, weekly dungeons, raids, and similar special missions should provide variety and long-term motivation.