The unusual roguelike Vampire Survivors just keeps getting better. Tens of thousands of players fight for survival against vampire hordes. 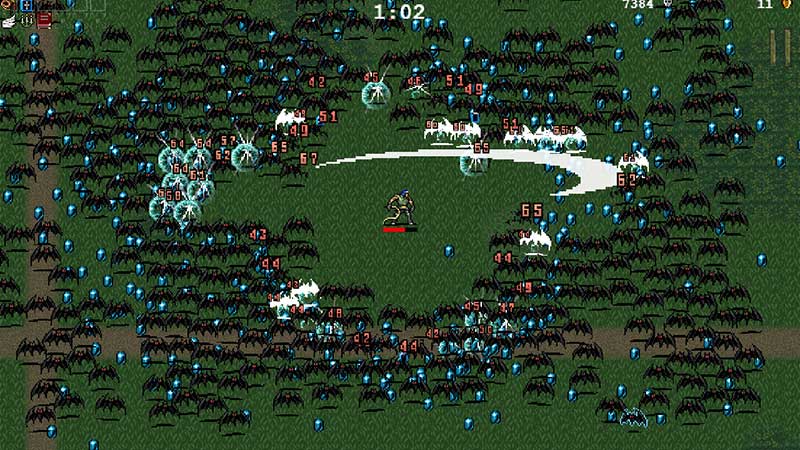 Do you remember the indie game Vampire Survivors? Our author Jack is enthusiastic about the simple but extremely fun gameplay of the action roguelike. You traipse through a 2D world that fills up with more and more vampire monsters while you flatten the hordes with increasingly powerful new skills.

Vampire Survivors not only inspires Jack, but also more and more players on Steam. At the time of the last article at the end of January, the game already broke the mark of 20,000 simultaneously active users.

Now the threshold of 70,000 has been broken! More than three times as many active players in just under a month are fighting the vampire apocalypse. That’s quite an achievement for a small indie game.

The title, which costs just $2.99, is fighting in the same weight class as the big names on Steam. As of now, Vampire Survivors is the 20th most played game on Valve’s distribution platform, right behind the long-running hit Rainbow Six: Siege.

The steady upward curve can be easily followed on Steamcharts.com: 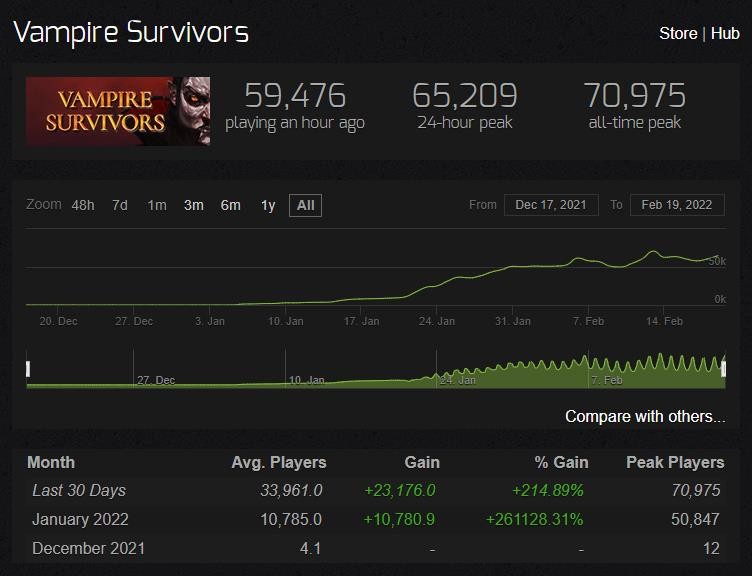 Not only is the indie developer satisfied with the ever-growing number of players, but the user ratings on Steam are also extremely positive. Vampire Survivors gets reviews from 45,000 players, 98 percent of whom are positive.

This puts Vampire Survivor on par with a lot of important games. In addition to the fun gameplay, the low price should also play a role in many users giving the retro roguelike a chance and frankly not regretting it.