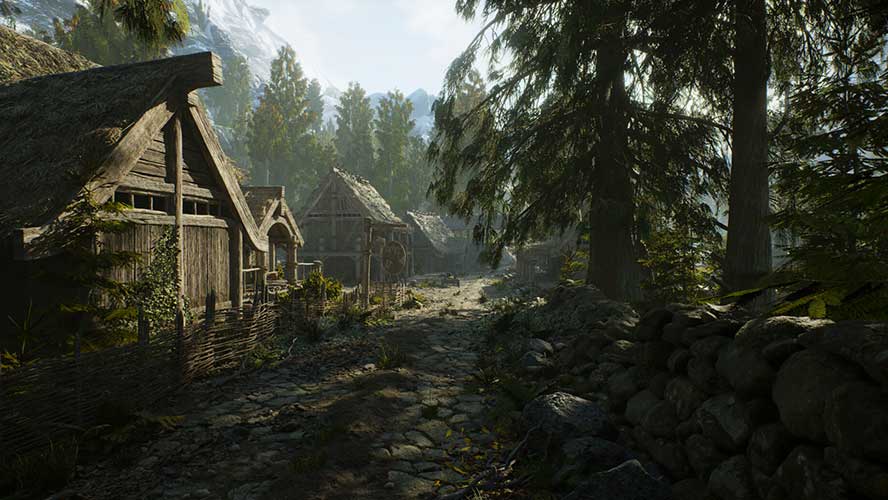 Myrkur Games Environmental Artist Christian Gomm has rebuilt The Elder Scrolls V: Skyrim by making Unreal Engine 5 improvements. Gomm stated the following about this change; “The number of polygons of their existence ranges from 100,000 to 15 million triangles. I also used Photogrammetry and Nanite to provide a better image quality.

Christian Gomm went on to explain his touch; “This is a medium I use to work on my photogrammetry workflow. It includes my own photo-scanned assets and materials, mega-scans, and a mix of my own material materials. The pine trees were made by me using the Speed Tree and the spruce trees were from an unreal market asset pack.”

It took me a few days to create most of the environment. But I’m slowly adding in as I create new photo scans of most of the logs and logs, all but one of the stone surfaces, including some bark material and bits of foliage. Almost all of the assets in the scene are nanite-enabled, with multiple counts ranging from 100,000 to 15 million triangles.” he ended his statement.

You can find other images of the game’s recreated map by clicking here. These shared images showcase high-resolution screenshots, new and highly detailed textures. It doesn’t look like Gomm will be sharing this map with players as he will be using it for his portfolio.