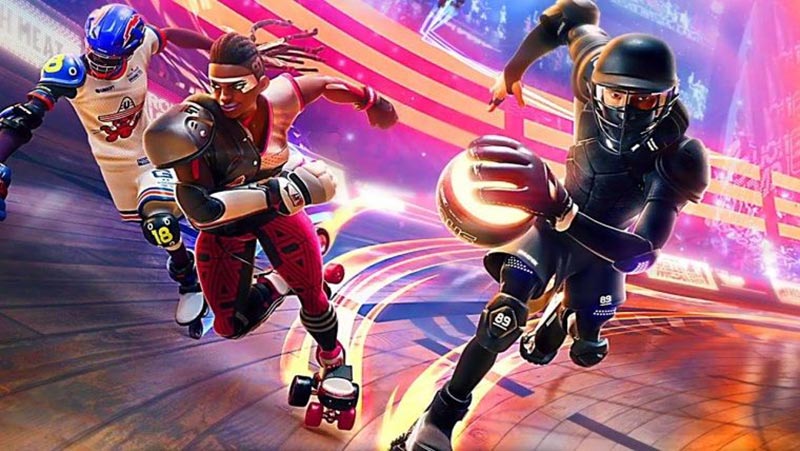 In Roller Champions, two teams of three players face off in different arenas. Teams that pass the ball and tackle and dodge other players try to throw the ball into the light hoop and slide towards victory amid the cheers of the fans. The more rounds you make without losing the ball, the more points you can earn.

By winning matches and climbing the leaderboards, players unlock increasingly well-known stadiums and leagues, culminating in the Elite Champions League. During their journey to the top, players will have the chance to win fans, discover new maps, compete in limited-time game modes, and fully customize their character’s gear. In addition to the many items that players can unlock, there are special cosmetic rewards available each season with the Roller Pass.

Roller Champions can be played alone or with friends against equal opponents via the cross game matchmaking system. Cross-progression is also available on each platform, allowing players to continue their pursuit of victory with the same profile. The game will also include a skate park that will serve as a social hub where players can meet to practice or enjoy a few mini-games together.