Home » DLC » Total War: Warhammer 3 – When will the Blood DLC be released?

Total War: Warhammer 3 – When will the Blood DLC be released?

Total War: Warhammer 3 is out and a lot of people are wondering: When is the Blood & Gore DLC coming that will allow for blood effects? 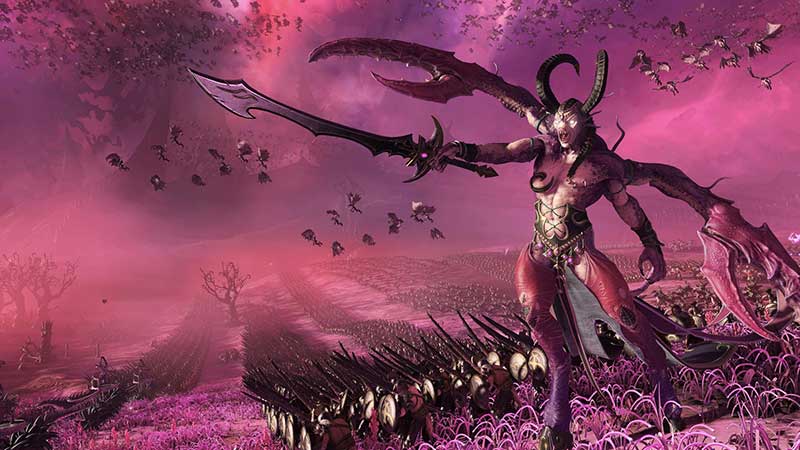 Yes, the Blood DLC for Total War: Warhammer 3 is a rather tricky subject, because at the end of the day you’re spending real money to unlock some Blood & Gore in the game. This DLC has been causing controversial discussions with every new Total War for years, because many fans think it’s pretty cheeky on the developer side to outsource blood effects as DLC – and on the other hand, one can certainly argue that the dark battles of Warhammer 3 are artificially deprived of atmosphere, when there is not a drop of blood to be seen in all the commotion.

But we’re not here today to judge the whole controversy, we just want to clear up the hard-hitting service question: When will the Warhammer 3 Blood DLC be out? And do I have to buy it again even though I put money on the table for it in Warhammer 1 and 2?

Warhammer 3: The Release of the Blood DLC.

Unfortunately we have to start with bad news. Creative Assembly hasn’t communicated an official release date for the blood DLC yet – but as with any new Steam sale, the clock can be set fairly precisely to a release date based on the past.

As a rule, blood DLCs appear with every Total War within a period of one to two months after the release of the main game.

We are therefore firmly expecting a release in March or April 2022 at the latest.

Warhammer 3: Who Needs to Buy the Blood DLC?

But there is also good news. Creative Assembly continues what was true for Warhammer 2: If you’ve already purchased the Blood DLC for any of the Warhammer games in the past, you don’t need to do so again. Especially with regard to the joint Mortal Empires mega campaign, blood effects will also be activated for you if you already used the blood DLC for the first Warhammer in 2016.

Of course, this only applies within the same platform family. If you own Warhammer 1 on Steam, you will most likely not be able to use it to unlock blood effects in the Warhammer 3 Game Pass variant. Although Creative Assembly still has a lot of work to do here anyway, to hand in the old Total War parts for all platforms.

At least Warhammer 1 is already available with all DLCs via Epic. If you buy the blood DLC there, you will also unlock the effects for the epic version of Warhammer 3 in the long term.

You can go to the Total War: Warhammer 3 Steam page here.