We present the solutions to the problems and errors encountered in the recently released Total War: Warhammer 3 game. 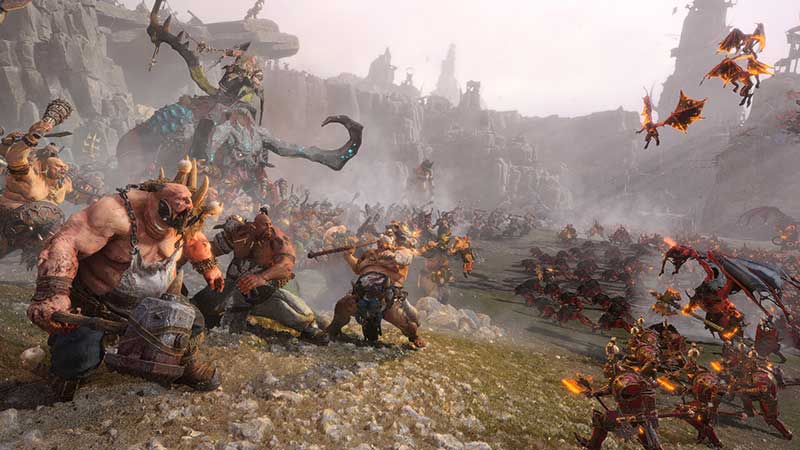 With Total War: Warhammer 3, the masterful conclusion of the Warhammer trilogy has finally been released today after a long wait.

However, the release is overshadowed by technical problems: Many players complain about crashes, poor performance and other technical problems. If you are also affected: The developers already have the first problem solutions on offer, which we will show you in this article.

Shortly after the release, there were the first negative Steam reviews, which grew more and more over the course of the day: 51 percent of around 3,500 reviews are negative. If you take a look at the TW: Warhammer 3 Steam page, you will mainly read criticism of the technical condition of the game:

However, these are not the sole reason for the extremely low Steam ratings. As industry expert Daniel Ahmad explains on Twitter, there is also review bombing by Chinese players.

#1: In rare cases, the game may become unstable and crash when using Alt + Tab to switch between active windows in full screen

Solution: Switch from full screen to windowed mode or just avoid Alt + Tab while the game is open.

#2: In combat, flying monsters designed to attack monstrous ground enemies may have difficulty landing and effectively attacking their target.

Solution: Use the new “Land” button to land the flying monster near its target, then give the attack order from there.

#3: Some PCs with Windows 10 and 12th Gen Intel (Alderlake) CPUs may experience inconsistent framerates and/or stuttering.

Solution 1: Upgrade your operating system from Windows 10 to Windows 11.
Solution 2: Adds an entry in the game files.

#4: When first launching the game in offline mode, the content of the Ogre Kingdoms DLC cannot be accessed.

Solution: Make sure you are online when you start the game for the first time. If you are offline before verifying access, you will not be able to play as an ogre.

Furthermore, the developers have announced that they already have these and other problems on their screens and are working on a first update. As soon as there is news and a possible date for a patch, we will of course let you know.