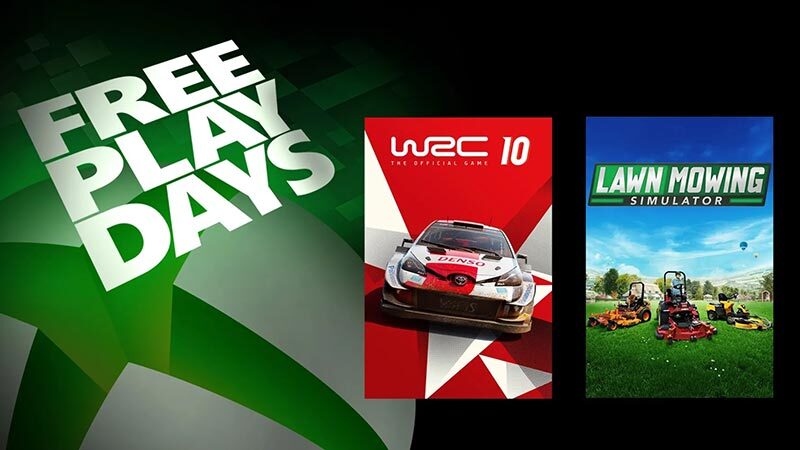 You can start last weekend with Call of the Sea, Sid Meier’s Civilization VI and Overcooked! All You Can Eat and two new games are available this weekend.

With the WRC 10 and the Lawn Mowing Simulator you can get started until Monday morning. If you want to continue playing WRC 10 after this weekend, you can get the game at a little discount. For example, on Xbox One you can even get the standard edition for 50% off and the current generation edition for 75% off. Gardening enthusiasts can claim Lawn Mowing Simulator for free as long as they’re a Game Pass subscriber.

Be part of history and relive the most intense moments from 50 years of the World Rally Championship with WRC 10! With a realistic and precise physics engine, WRC 10 has made the feeling of driving even better. Compete against the best WRC players this weekend as part of the 2022 esports WRC Championship set in Rally Portugal or play with a friend in the Co-Driver Mode. Think you’re strong enough to join the World Rally Championship after those Free Play Days? Save 50% on the Standard or Deluxe Edition of WRC 10 until May 20.

Enjoy the experience of mowing the Great British countryside in Lawn Mowing Simulator. Ride an extensive roster of real-world licensed lawnmowers from prestigious manufacturers while completing a variety of contracts across Career Mode, Free Mode, or Challenge Mode. Busy residential streets, various castle grounds, old-fashioned cottage greens, and immense equestrian fields are just some of the locations that await your mowing mastery.

For more detailed information, you can go to the Xbox wire official site here.