Ubisoft is delaying The Settlers for the third time. The game was delayed as a result of intense criticism about the beta version of the game. 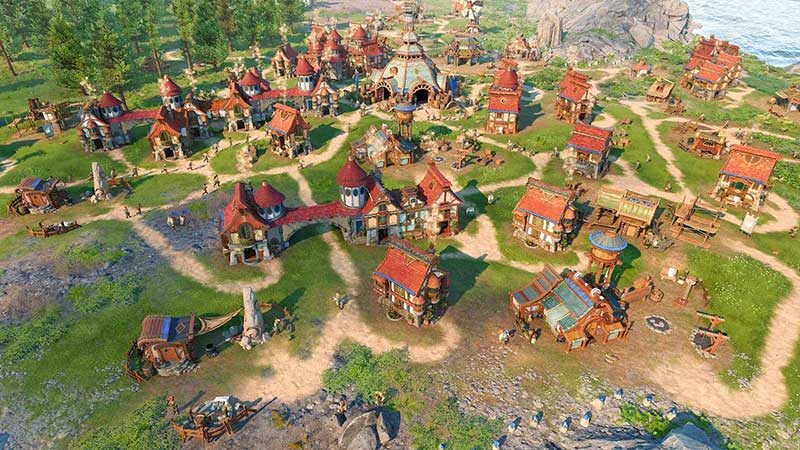 Let’s hope all good things really come in threes. Because The Settlers has been delayed for the third time. The team announced this on Twitter a few minutes ago.

A release for the real-time strategy game was originally scheduled for March 17, 2022. Before that, it was the annual target for 2019, then 2020. After that, The Settlers was delayed indefinitely before re-emerging out of obscurity in early 2022.

Ubisoft did not reveal how long fans will have to wait for a release this time around. However, we appreciate that this is not just a matter of a few weeks.

Why is Ubisoft delaying The Settlers now?

The team justified the delay by the fact that the quality did not yet fit their vision. This is pretty vague, but you don’t need to be a seer to understand the reasons. That’s because Die Siedler’s new direction received little endorsement from many fans. Instead of a complex development game with multiple product chains and living environments, it has become a more fluid real-time strategy game.

Our own gameplay session also showed that the game didn’t fare particularly well as an RTS in its state at the time. The selection of units was small, the balancing was disastrous, and a game from The Settlers in general played too slow for dynamic multiplayer games.

However, it should be noted that the single-player campaign has been left in beta and issues such as broken balance can definitely be fixed with feedback from the beta. At the same time, it will be incredibly exciting to see how much Ubisoft really changes about The Settlers.

After the announcement, we were wondering how Ubisoft could still make a good game out of this and if it could all be done in less than three months. Now the development team has a little more time, and that can only benefit the game.