AMD's Radeon RX 6950 XT is clearly ahead of Nvidia's Geforce RTX 3090 Ti in early tests, but can we expect that much performance in games? 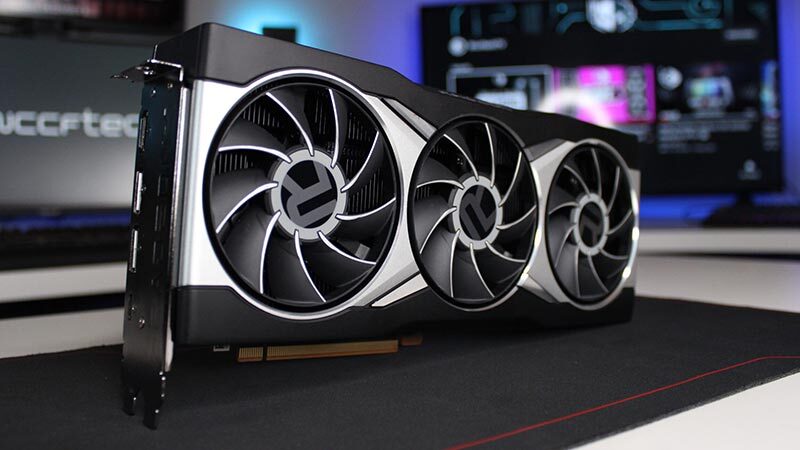 Apparently, colleagues from Wccftech have already received some test samples of the new Radeons from the RX 6000 series. Because they are so friendly and sometimes share surprising metrics with us. So the RX 6950 XT is not just a minor upgrade over the RX 6900 XT. On the contrary: the performance leap in 3DMark Time Spy is truly huge.

And Nvidia’s new top model, the RTX 3090 Ti, which surprised us in testing with more power than we expected, fell behind relatively well.

The RX 6950 XT scored 10,743 points (graphics score) in 3DMark Time Spy Extreme. The value is quite remarkable, but without a reference point it cannot really be classified in any meaningful way.

How realistic is 13 percent more performance in games?

3DMark Time Spy is a synthetic benchmark. However, it is doubtful that we will see a similar performance increase in games. Especially since the RX 6950 XT itself gets only minor upgrades compared to the RX 6900 XT: Video memory brings it to 18.0 Gbps instead of 16.0 Gbps. In addition, the clock speed is slightly higher.

Features in the overview and comparison:

While the benchmark results are impressive, we recommend viewing them with some skepticism. Given the manageable upgrades, we think it’s unlikely that the RX 6950 XT will actually be 13 percent ahead of the RX 6900 XT in games.

It’s reasonable that 3DMark Time Spy responds particularly well to higher clock speeds and faster VRAM, which is why the values are so high. Ultimately, however, this can only be clarified by practical game comparisons. That’s why we’re excited!

We’re excited for AMD’s next-gen graphics cards in the form of the Radeon RX 7000, which will debut in a different order than previous generations, at least this time.