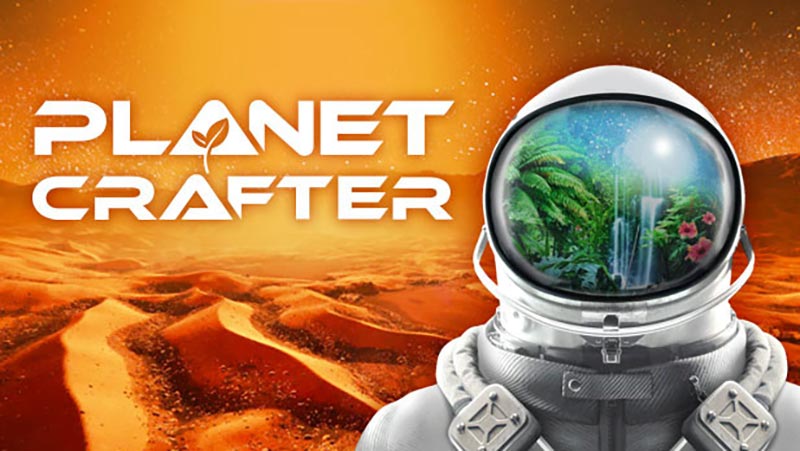 To say that the survival genre on Steam has some hit potential would be a brazen understatement. Instead, the fashionable words Survival and Steam seem to be a real guarantor of great interest from players. If an open world is added, there is usually nothing standing in the way of ascension.

That’s what happened again on Steam: The survival game The Planet Crafter captivates with a vast open game world and lots of freedom, triggering the cheers of early gamers on Steam. Now we introduce you to the game in more detail so that you don’t miss a possible new survival trend.

What is The Planet Crafter about?

You should similarly imagine The Planet Crafter’s starting position. Single players land on an uninhabitable planet and must carve a blooming landscape out of uninhabitable rock. Okay, maybe that was a little too metaphorical.

Let’s try again: Planet Crafter is a bit like Satisfactory, only without assembly lines but with terraforming. While the game is based on the reshaping of an entire planet, you should not lose sight of your own survival.

The short trailer shows how the barren rocky desert is transformed into a living paradise:


You land on a desert planet that does not support human life. Now you must first search the rock for resources, then secondly pull the advanced machines out of the dusty ground with them, and thirdly make the planet arable, that is, ground it.

You do this by heating the planet, producing oxygen and even creating entire seas! The foundation is your growing base, which ensures the longevity of your character. At the same time, you explore the game world to uncover secrets. And this incremental game is really resonating with Steam players!

95 percent of over 1,200 users rated The Planet Crafter positively in their Steam reviews, resulting in an extremely positive average rating. The game, which just started in Early Access on March 24, is already one of the most popular games on the platform.

Since its early access release, the open-world survival game has been in the upper echelons of Steam’s bestsellers, sometimes even first place. Planet Crafter is also selling well, which should aid positive player perception.

The number of players active at the same time also indicates a hit, although it is not very clear. At its peak, 9,351 players were active at the same time. It’s not the world, but it’s also not the maximum capacity of an elevator. Whether it literally goes up or down for The Planet Crafter will depend on the trajectory of Early Access.