Sony will release State of Play this week, which is entirely devoted to the Hogwarts Legacy. Live Broadcast date: Thursday, March 17, 2022. 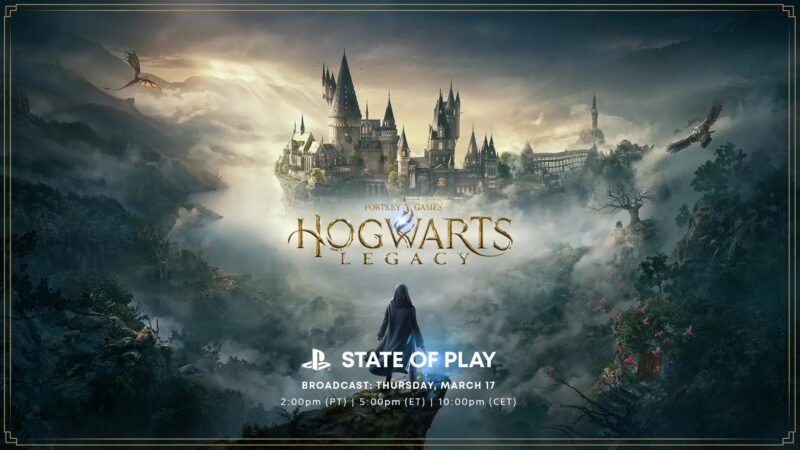 Hogwarts Legacy was announced in 2020 and immediately got a lot of people excited. However, it has been very quiet around the game since the announcement. There have been many rumors for weeks about a possible Sony showcase where Hogwarts Legacy will be shown, but the game also shined during last week’s State of Play broadcast.

Fortunately, new footage and details of Hogwarts Legacy are now really on the way. And very fast. Sony has announced a new State of Play release for Thursday, March 17. This new publication will be all about Hogwarts Legacy. The broadcast will last approximately 20 minutes, and 14 minutes will be gameplay footage recorded on PlayStation 5. Also, employees of developer Avalanche Software will be speaking to reveal more about the game.

The Hogwarts Legacy State of Play broadcast will begin on March 17 at 2.00 pm and will be streamed live on PlayStation channels on YouTube and Twitch. The live broadcast can also be followed live that evening on PlaySense here, and of course the latest news can also be read here on the website. Just be patient for a few more days and we’ll finally learn more about the Hogwarts Legacy!