Home » DLC » She-Hulk: Will Be the New Hero of Marvel’s Avengers

She-Hulk: Will Be the New Hero of Marvel’s Avengers

A new character will be added to the game with the new additional package for Marvel's Avengers. The character's name will be She-Hulk. 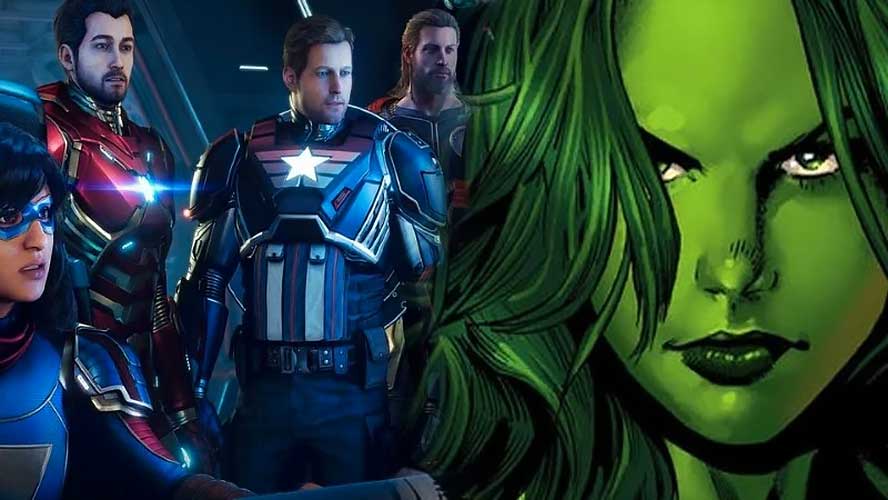 She-Hulk will be the next character in the next expansion for Marvel’s Avengers. This rumor was also confirmed by the actor who will portray the character. An ever-evolving live service, Crystal Dynamics has added new stories, quests, and heroes frequently since its launch in 2020, and recently introduced a new Black Widow skin.

The developers of Marvel’s Avengers have worked hard to turn the game around after a surprising launch and several discussions from fans. Focusing on multiplayer, Marvel’s Avengers included a series of paid cosmetics and microtransactions that sparked fan backlash over pricing and content. The game, which offers free content to its players as well as paid add-ons, impresses with the Black Panther – War for Wakanda story add-on package, which was released this year at no extra cost for those who already own it.

While unconfirmed, a leak has claimed that the next expansion for Marvel’s Avengers will focus on She-Hulk. The news came from Twitter user Miller, who claimed that Jennifer Walters, aka She-Hulk, will be playing Krizia Bajos. Although there is no official statement about the rumor, we can say that it was confirmed by Krizia Bajos, who added a green heart emoji to the bottom of the post. Miller did not reveal more details about the alleged expansion, but it should be noted that they correctly leaked that Christopher Judge will voice Black Panther before the official announcement.

Bajos are no strangers to the world of AAA video games, we’ve seen their talents before in Halo Infinite, Far Cry 6 and Cyberpunk 2077. The actor is also familiar with his comic book knowledge, albeit DC rather than Marvel, as he is set to appear as Renee Montoya in the upcoming Gotham Knights. Fan response to the alleged She-Hulk expansion and casting has already been positive, and we hope the news is confirmed soon.

It’s unclear how exactly She-Hulk will be included in Marvel’s Avengers and whether the character will have a full expansion like Black Panther. With the recently added Spider-Man only available for PlayStation players, it’s possible for Xbox users to have their own characters in the coming months. With her iconic green skin, She-Hulk would fit well as an Xbox exclusive character, but a full story campaign would likely be more popular. Fans will have to wait to find out what’s coming to Marvel’s Avengers in 2022.