Nvidia's new flagship RTX 3090 Ti can consume much more power than its predecessor. But that doesn't mean much more performance. 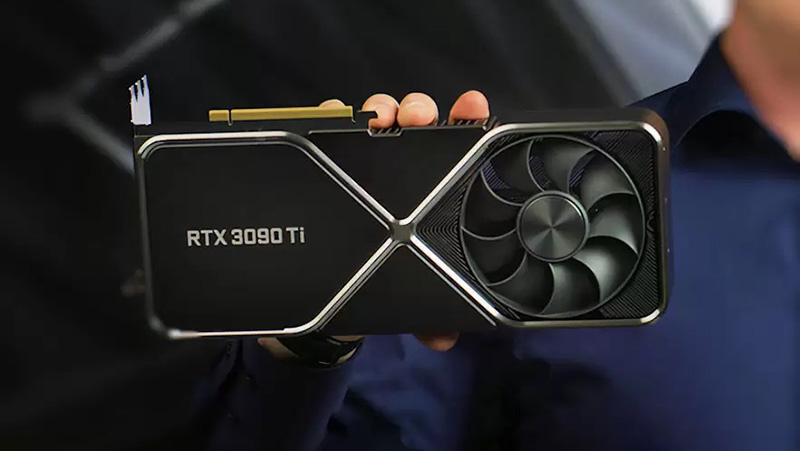 Nvidia’s new flagship, the Geforce RTX 3090 Ti, will finally launch on March 29, 2022 if you believe the rumors from Videocardz. The launch of the 3090 Ti was originally scheduled for January 27, 2022, but ultimately did not come to that.

It looks like providers like MSI, EVGA, and Colorful already have their own custom RTX 3090 Ti models in their starting blocks because this time around, the rumors are intensifying. At least that’s what Wccftech reports.

We can also read the first data such as performance and power consumption from these models. Consumption of the new top model reaches new heights. However, in detail, it differs between manufacturers’ models.

The high consumption of the 3090 Ti requires significantly larger cooling solutions, possibly also applicable to the RTX 4000 generation. Early versions of the RTX 3090 Ti will likely use 3.5 to 4 slots, although models with a 3-slot design are usually the upper limit so far.

High power consumption does not bring much more performance

At the same time, the increased power consumption and faster memory of the Ti version doesn’t seem to improve the card’s performance that much. According to initial reports, the new flagship delivers between five and ten percent more power than the version without the Ti added.

It seems that the employees of the CapFrameX capture software have already been able to test the new card. According to a tweet from the official account, the RTX 3090 Ti is about ten percent faster at 4K resolution:

In another tweet, the MEGAsizeGPU also mentions the official price of the RTX 3090 Ti. So, like the RTX 3090, the RTX 3090 Ti costs $1,499 (in which case its MSRP should drop accordingly). At the same time, initial listings in a Canadian store are going in a different direction, as colleagues from ComputerBase, among others, report.