As you know, the release dates of Starfield and Redfall, which were produced by Bethesda, were delayed and this saddened the Xbox fans. 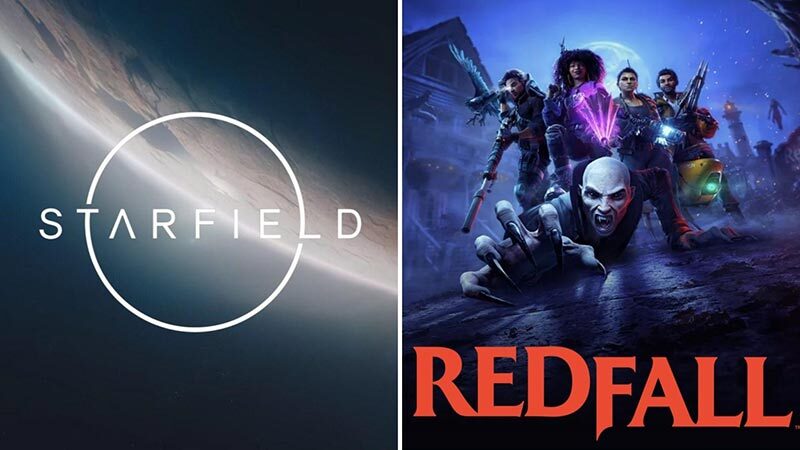 It’s been a tough week for Xbox. First, this past weekend was a time when a large number of players were having trouble launching digital games they purchased due to a malfunction in Microsoft’s systems. This made it clear that some DRM is still hidden in the service of the American giant. To make matters worse, Bethesda announced that both Redfall and Starfield have been delayed to next year as both teams – Arkane Austin and Bethesda Softworks, respectively – need more time to level up their games.

It’s not just Microsoft that is having a hard time now. Sony got off to a strong start to 2022 with its own games like Horizon: Forbidden West and Gran Turismo 7, but we’ll see what the rest of the year brings. We shouldn’t be surprised to learn later that a God of War: Ragnarök, for example, will receive the same treatment as Redfall and Starfield. Anyway, the delay is of course a big hit for Microsoft, after all they want to scale up Game Pass, and games like the long-awaited Starfield could drastically increase their subscriber base.

But the greatest sadness will be felt by Xbox players, who will have to wait more than a year (!) before they can play a game from Microsoft’s stables again. In fact, overall, we see that Microsoft has only released two main titles since the launch of the Xbox Series X|S: Forza Horizon 5 and Halo Infinite, the latter in its best condition. . Also, gamers have to live on in older games and deals Microsoft can do for Game Pass, like Marvel’s Guardians of the Galaxy, and I think Square Enix at the time only agreed so they could earn something in that game.

Bethesda postponed Redfall and Starfield to 2023

But the stark truth is that it just isn’t good enough. We’re slowly but surely moving into the third year of this generation, and gamers who have given up their hard-earned money for the Xbox Series X|S and Game Pass subscription – the new way to play games according to Microsoft – are currently getting little in return. Because for every affordable game on Game Pass, you can easily find five pieces of shovel items you’ll never play.

And that’s after Microsoft pulled out pretty much every big dick-power move imaginable and spent $80 billion(!) to buy and complete all kinds of talent and publishers like ZeniMax, Ninja Theory, Double Fine, Obsidian Games. : Activision Blizzard. It’s at the top of the list of developers in Microsoft’s portfolio, such as The Coalition, The Initiative, and Undead Labs. The startup has been working on the Perfect Dark reboot for nearly five years, with Undead Labs on State of Decay 3, and both studios have come under fire for their troubled work environments. Meanwhile, Xbox fans’ wallets are getting lighter, dehydrated, and the first sip of water in months is suddenly a long way off.

Normally I like to be right, but when I reread the first edition of Reflection, it hurts how true a few words are:

“Microsoft also has a lot to prove when it comes to running and managing the studios they own, which looks pretty bleak. Xbox Series S/X’s flagship game Halo Infinite has been delayed and is reportedly in ‘development hell’ If they can barely bring their biggest franchise to market, how will they do it with newer games? My question is, who at Microsoft is going to take the ‘new kids’ by the hand and deliver the vision?”

The irony is that with this delay, Microsoft is shooting itself in the foot with “No games on Xbox” jokes. They do not do it on purpose or with pleasure; lag is better than releasing if the games are not up to par. But as it now seems, Microsoft really won’t have a game for 2022. To put a little more salt in the wounds: Do you know who’s releasing games for Xbox this year? Sony.

Anyway, my story is over. Now, of course, we are curious what you think of this whole story. Should we be more patient with Microsoft, or is the US company starting to lose its growing reputation again? Speak your mind, but by all means be sweet and kind.