Thanks to a new machine for studying black holes, MIT researchers have now been able to convert X-ray echoes from a hole into audible sound waves. 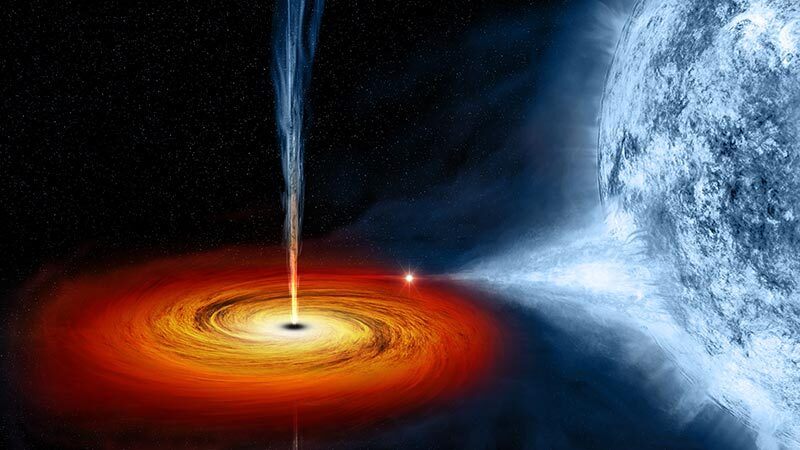 Many aspects of black holes are still a mystery to us today. However, researchers at the Massachusetts Institute of Technology (MIT) are busy studying these mysteries to solve them as well. As a byproduct of this research, we now have a taste for what a black hole sounds like.

According to an MIT news article, scientists have used a new device they call the echo machine to unravel the mysteries of space. This machine searches satellite data for echoes from black holes. In this way, they were able to detect the echoes of eight previously unknown black holes.

With the new data, the researchers were now able to compare the echoes of the holes in different systems, thus gaining new insights into the mystery. A black hole is only in a difficult stage, accumulating a corona of high-energy photons along with a beam of relativistic particles ejected at nearly the speed of light, according to the paper.

In this context, the hole’s corona is the high-energy plasma region just outside the black hole’s event horizon. After the hard stage it emits a high energy flash and then decays into what is called the soft stage where the energy is low.

This could be a sign that black hole coronas emitted a massive burst of energy at one point and then disappeared. These findings may help explain how a black hole ejects particles over long distances to form a new galaxy.

The sound from the Mysterious Black hole of Space

In a side project, MIT researcher Erin Kara is working with educators and musicologists Kyle Keane and Ian Condry to convert the aforementioned echoes, or more specifically X-ray echoes, into audible sound waves. As a result, we can hear what an active black hole sounds like:

The result sounds like an eerie noise from a 1980s sci-fi movie. It gives you goosebumps to imagine these sound waves being emitted by black holes swallowing suns and planets.

Did you imagine the sound something like this or thought of something completely different? Please let us know.