Sony has announced the games that will be given to PS Plus subscribers in February 2022. Games can make PS4 and PS5 owners happy. 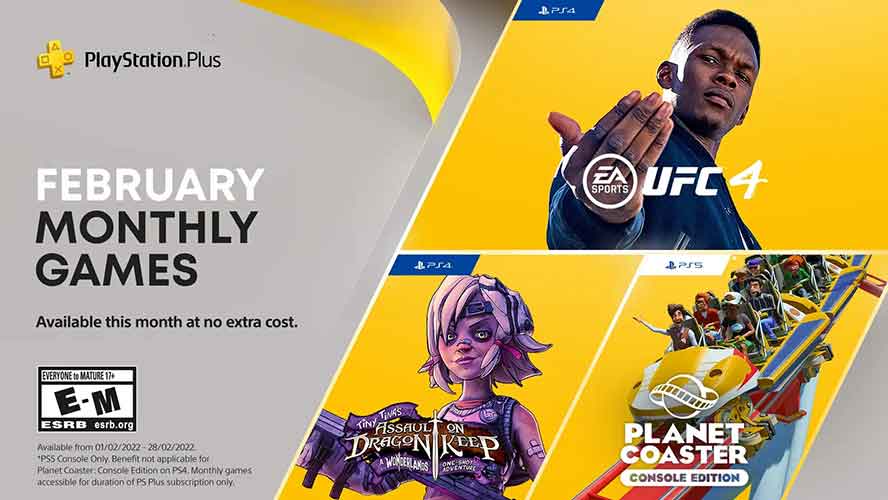 Sony has officially announced February’s free games for PlayStation Plus subscribers, and there are three games available for this month. Votes to be given to Plus subscribers; There will be EA Sports UFC 4, Planet Coaster: Console Edition, and Tiny Tina’s Assault on Dragon Keep: A Wonderlands One-Shot Adventure. All three games will meet the players with the update that will come to PlayStation Store as of February 1, 2022.

The most remarkable game of February EA Sports UFC 4

EA Sports UFC 4 was first released in 2020 and stands out as the last game in EA Games’ MMA series.

Planet Coaster: Console Edition is a production that allows you to create the amusement park of your dreams and was first released for PC in 2016. Developed by Frontier Developments, the game was normally sold for $49.99.

Games to given for PS Plus in February 2022

With only a few days until the end of January, we recommend that you do not forget to add this month’s PS Plus games to your library. Persona 5 Strikers, Dirt 5, and Deep Rock Galactic will be removed from the PS Plus system effective February 1, 2022.