NASA has released new photos taken by the James Webb Space Telescope. The image shows a star 2,000 light-years away. 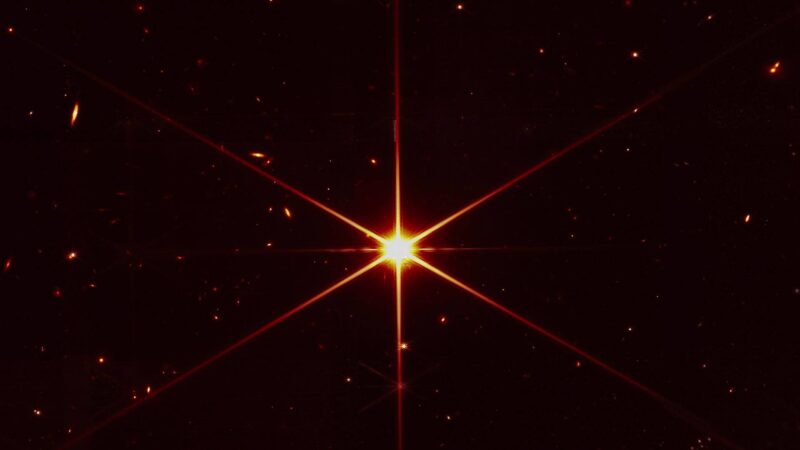 The image shows a star surrounded by ancient galaxies 2,000 light-years away. The light of the star is 100 times dimmer than the human eye can see. Today’s photo is a test shot to see if the telescope’s mirrors are in the correct position. The first ‘real’ photos will come in late June or early July.

Last month, NASA released the first images of the telescope orbiting the sun 1.5 million kilometers from Earth. These images featured a star from the constellation Ursa Major. The star was chosen because it was relatively ‘close’ to James Webb and was very bright. This made the celestial body an easy target.

Last month’s images were not yet optimal because the telescope’s mirrors were not yet aligned. Scientists speaking to the AP news agency say the position of the eighteen mirrors is now better and the new images are therefore more beautiful than expected.