Nintendo has released a new update for the Nintendo Switch and it adds a much requested feature to the console. 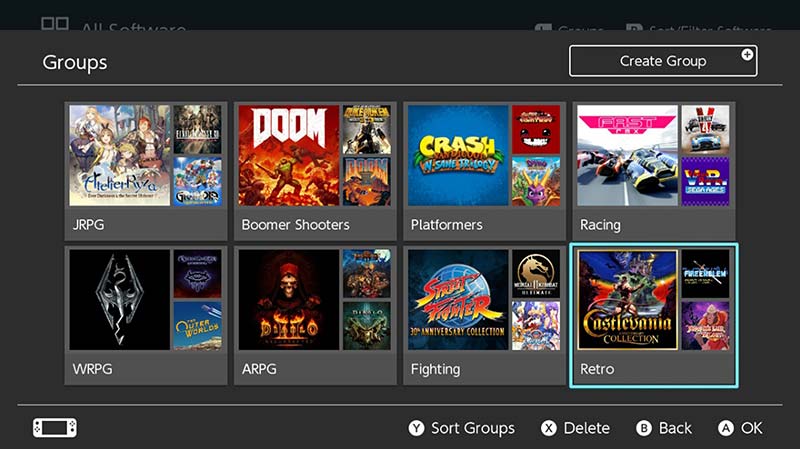 It is now possible to create groups that make it easy for users to manage the content in their libraries.

The update adding this feature is version 14.0.0 and after update the feature is available if more than 12 titles are stored in the console. In total, a maximum of 100 groups can be created with a maximum of 200 titles per group. The software can be divided into several groups if desired.

Below are the official patch notes for this new update for Nintendo Switch.

The “Groups” feature has been added to the All Software menu.

The Bluetooth® Volume behavior has been changed.