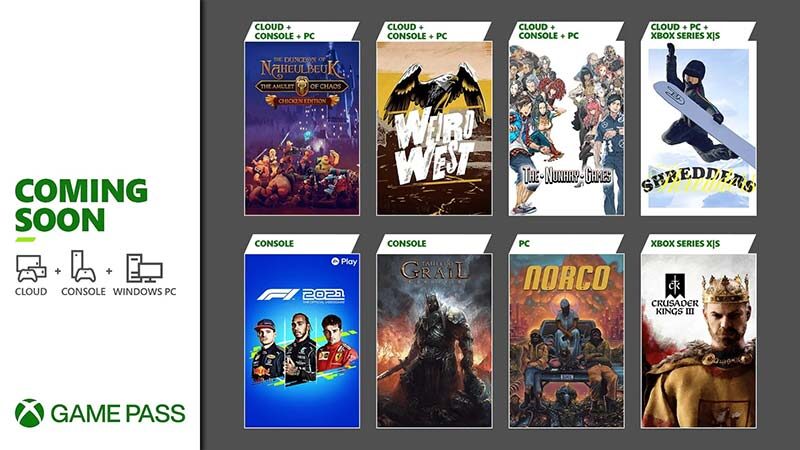 Via Xbox Wire, Microsoft announced which games can still be expected on Xbox Game Pass this month. This includes Shredders, a new snowboard game, and Formula 1 enthusiasts can start with F1 2021 starting next week.

Here’s a rundown of what the next few weeks will look like:

Finally, Microsoft announced which games will come out of Game Pass. These are the following titles:
Madden NFL 20 (March 31)
Narita Boy (March 31)
Shadow Warrior 2 (March 31)
Destiny 2: Beyond the Light (April 11)