Mario Strikers: Battle League, all information and highlights about the recently released game for Nintendo Switch. 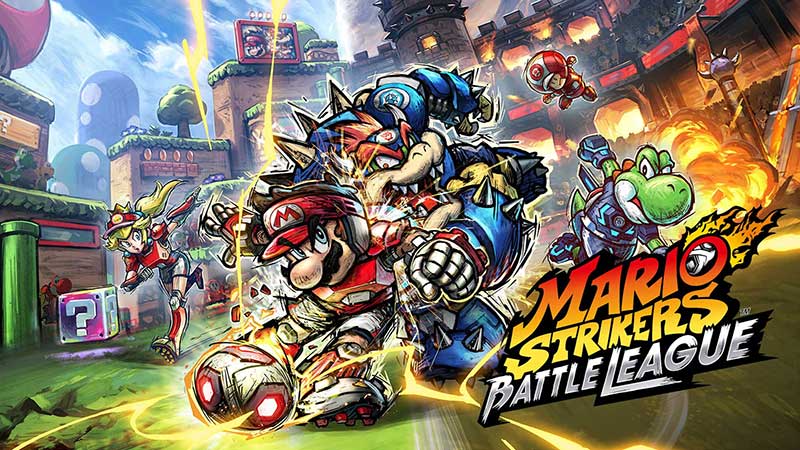 Simulation games in the Mario universe continue. After golf last year, Nintendo decided to return to a license well known to players: Mario Strickers. With the title Battle League Football, the American firm finally intends to bring Mario and his friends into the world of football on Nintendo Switch. A few days after this announcement, here is a complete article listing the details revealed by the trailer concerning this video game. As a reminder, the launch date of the title is scheduled for June 10, 2022.

During the Nintendo Direct on February 9, 2022, the surprise was big with the announcement of a license expected by many fans: Mario Strikers. Nintendo has indeed come to announce the arrival of Mario Strikers: Battle League Football on June 10, 2022 on Nintendo Switch. Through a trailer, the Japanese firm has revealed a lot of information about this opus.

To begin with, Mario and his companions are once again immersed in a most dangerous arena where all shots are allowed to keep the ball (objects, charges, tackles…). We can also notice that the field seems to be divided into two parts, each in the colors of the team. Nintendo then revealed that Mega Strikes were now called Hyper Strikes in Mario Strikers: Battle League Football. These allow you to score two points instead of one for a normal goal. They now trigger much like Smash Balls from Super Smash Bros. via the appearance of magic orbs on the ground.

The trailer for Mario Strikers: Battle League Football also hints at an important gameplay feature: the ability to choose the exact spot where you make a pass. As a result, passes would not be automatic in the direction of a player, but could be determined directly by the player on an area of ​​the pitch. Another interesting novelty: the equipment. Head, arm, torso and leg will thus be able to benefit from different paraphernalia in order to improve its characteristics: strength, speed, striking power, passing quality or even dribbling technique.

Another major change, this new title for Nintendo Switch removes the team members coming to support the team leader. Indeed, a team in Mario Strikers: Battle League Football now consists of four characters from the Mario universe, each with their own skills and characteristics. Previously, two captains opposed in a match accompanied by subordinates: Toad, Boo, Skelerex or Koopas.

Finally, Nintendo came to clarify the multiplayer Mario Strikers: Battle League Football. Players will be able to compete online in four against four. Clubs of up to 20 players can be created in order to wage fierce battles between them and reach the world’s first place in the ranking.

You can go to the game’s Nintendo Switch page here.