Nintendo has announced that the Mario Kart 8 Deluxe Seasonal Circuit Benelux tournament will return, and to be precise, it will kick off at 7 PM on Saturday, May 28. 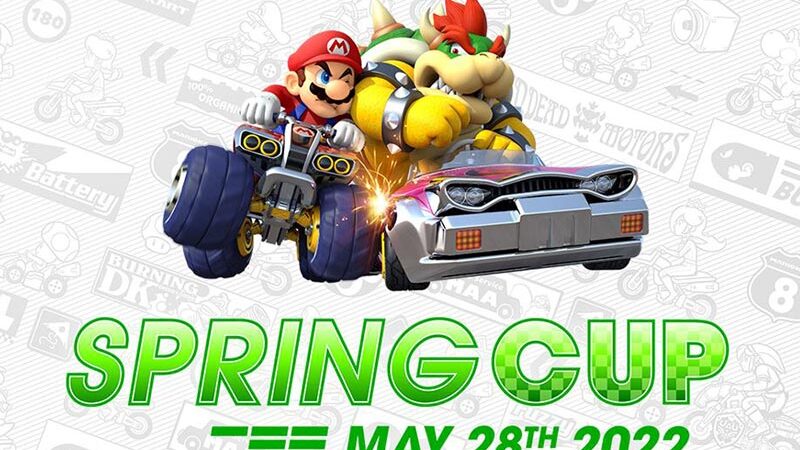 Nintendo has announced that the Mario Kart 8 Deluxe Seasonal Circuit Benelux tournament will return, and to be precise, it will kick off at 7 PM on Saturday, May 28. The tournament consists of four seasons and anyone can participate. This year Nintendo is bringing even more variety by adding parts from the Circuit Expansion Pass.

That’s why the new tournament consists of four separate online trophies that will be held throughout the year. One trophy is held per season, starting with the current Spring Cup at the end of this week. By participating, you can collect points based on your performance and after four seasons the ten players with the most points compete against each other in the final.

The winner of the final gets the big Mario Kart 8 Deluxe trophy and can call himself the best Mario Kart player in the Benelux. But that’s not all that needs to be earned, because there are many prizes to be won in seasons.

Completing all 16 races during a trophy will earn you 50 Platinum Points that can be redeemed for unique rewards on Nintendo Switch and My Nintendo Store. The top 20 players in each trophy will also receive 1,000 Gold Points to spend in the Nintendo eShop.

All winners of the trophies will receive special items. The prize included with the Spring Cup is an exclusive Nintendo Switch case, as shown below. Participation is simple and free. The tournament code you need to enter is 3789-1590-4043.