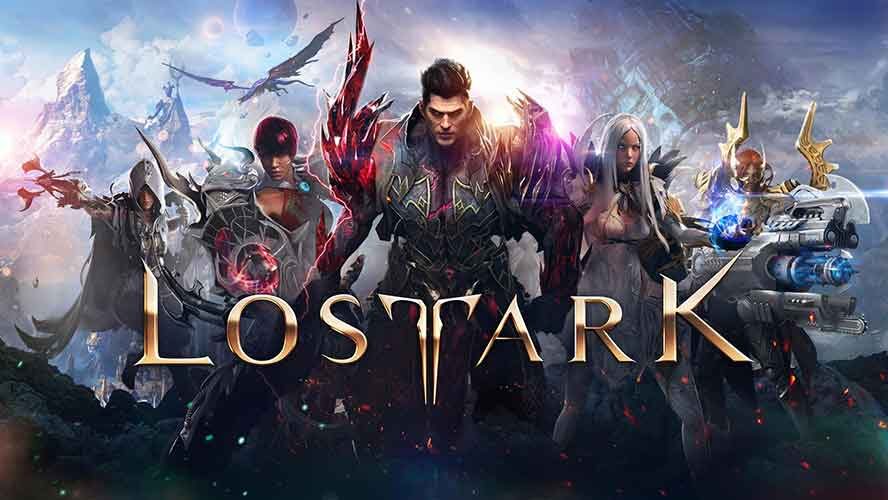 Servers will be offline for 4 hours due to weekly maintenance work. The maintenance that started at 9 am in Europe will be finished at an estimated 1 pm and you will now have access to the game.

Today’s update is done to fix some of the issues that came up with the big May update. The update, which started at 9 in the morning, will be finished in about 4 hours. Around 12 o’clock the servers will be active again.

April 28: Servers will be down for 5 hours

Due to the weekly maintenance work, 5-hour maintenance work is carried out on the European servers. All over the world, the servers will be shut down at 12 AM PT / 7 AM UTC / 9 AM CEST and will be reopened approximately 5 hours later.
Changes to be made with the April 28 update;

Lost Ark servers were online as of 14:30, but it was stated that Europe servers crashed at 18:30. There was no official statement from Amazon Games or Lost Ark.

The update will be released on April 21. Servers will be shut down at 09:00 CET for maintenance. Maintenance should take up to eight hours, but Amazon Games usually completes much faster.
Features that will come with the new update;
New Class: Lancer
New continent: South Vern
Lost Ark Pass: Battle Pass is coming – All the details about the April 20 update are here.

As usual, the weekly update will be uploaded today. The servers will be offline from 9am and will likely be unavailable for eight hours. If all goes according to plan, the server will be back online at 5 PM.

The reason for the long downtime is updating and maintaining the Lost Ark backend. All the groundwork for the upcoming April content update is already being prepared there. So you have to wait for next week. Also, from April 14 to April 21, there is a new join event where you can dust off some chests and supplies:

Starting at 9 am, servers for all regions will be offline to install the weekly update. The maintenance time should take about four hours this time. The update fixes a few minor bugs such as:

A reminder that the weekly maintenance downtime will begin at 12AM PT (7AM UTC) on March 24, with an expected downtime of 8 hours. We’re seeing the reports of server crashes. Our teams are aware of the ongoing issue and is working to resolve them.

All servers of Lost Ark are currently down. The servers are undergoing maintenance and after a 3-hour period, the servers will be opened again.

His statement on his official Twitter account is as follows:
“All Lost Ark servers and regions will be coming down on 2/24 at 12 AM PT / 8 AM UTC / 9 AM CET for a weekly maintenance and update.
Downtime is estimated to last up to 3 hours. ”

And the queue greets you every day. In the afternoon all servers in Central Europe are now loaded. On the much-visited servers like Asta or Trixion, more than 10,000 waiting players welcome you, while slightly less crowded servers like Sirius still manage without a queue. But that could change in the next few minutes.

In Western Europe, the situation is much calmer in comparison. Only Rethramis and Moonkeep are on Energized here, but there is no queue.

On Wednesday morning, the server situation is still relaxed as usual. It doesn’t matter whether it’s Asta, Neria, Procryon, Sceptrum, Trixion – you can get into the game without waiting. However, as always, many of these worlds are already on Encumbered, so it’s questionable how long things will stay this good.

How is it in Western Europe?

Everything is still rosy in the new server region for European players anyway. There are no waiting times here, all worlds are on green.

Not surprisingly, the queues fill up again in the evening. More than 12,000 people are already waiting to be admitted to Asta. On Neria even 13,000 and on most other worlds it doesn’t look any better.

On the other hand, on worlds like Procryon, Wei and Sceptrum, the rush is significantly lower. Here the registration works at the moment without waiting. In any case, we recommend newcomers to select a world in the new server region Western Europe, as the situation there should be permanently better.

If you want to start playing after work, your waiting time depends heavily on the popularity of your server. While the heavily frequented servers like Asta, Zinnervale and Thirain have queues in the five-figure range, the “smaller” servers are doing better. On Slen you currently only have 700 waiting places in front of you, while on Mokoko you can log in directly.

Have you considered relaxing with a game of Lost Ark during your lunch break or after school? Then you are hopefully not on Asta. Because there we have already exceeded the limit of 10,000 waiting slots. However, if you are on Slen or other servers, you should be much more relaxed in the game. So far there has been very little traffic there.

You can still get into the game without too much lag, but you know how things are going: Especially Neria, Kadan, Trixion, Thirain, Zinnervale, Asta servers seem to be busy already. So if you want to play without waiting, you better hurry.

Lost Ark servers are under maintenance and will be active again after 3 hours.

As in the last few days, the queues begin in the afternoon. All European servers are already back to busy. If you queue up now, you have to wait several minutes to be able to join the server at all.

In the morning Amazon applied another hotfix to improve stability on all EU servers. The maintenance work has now been completed – and the servers are all green. Based on the experience of the last few days, however, it could get tighter again towards the afternoon.

That was quicker than expected! Maintenance work is complete and the servers are back online. Yay! Before you can start playing again, you have to download a mini update.

It’s that time again: Due to extreme server load, you can’t even get into the queue anymore. Anyone who is currently starting Lost Ark only gets the error code 10027 spit out. Trying several times might help. Should the situation change during the evening, you will of course find out here.

The developers have now published a new statement in which they promise an additional server region for Europe. This should go into operation as soon as possible, which is why one would work 24/7.

The problem with the new region: it will not be able to communicate with the previous Central Europe region. There will be no cross-region play, nor would your stash of Royal Crystals and other currencies be carried over when creating a character in the new region.The new region is probably intended primarily for new players.

You can check the latest server status by going to the game’s official page here.