Renata Glasc is the new champion of League of Legends. Renata Glasc's abilities, features and the curious about it are here. 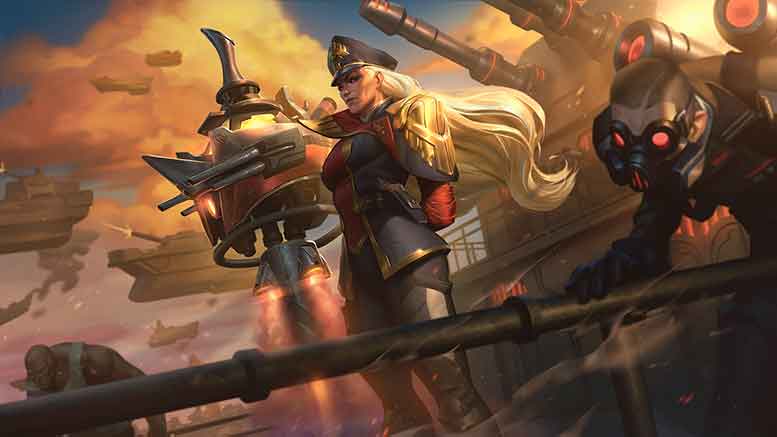 League of Legends Renata Glasc champion became one of the champions announced with the new season. Renata Glasc abilities and features have been officially revealed.

About Renata Glass, New Champion of League of Legends;

The Baroness of Chemistry Renata Glasc is the 159th champion to arrive in League of Legends and will take her place in the Rift in Patch 12.4. Joining the Rift as a support champion, Renata Glasc comes from a family of extremely talented and devoted Zaun alchemists. Renata Glasc, who has become an important person in her city thanks to her foresight and business acumen, is determined to go beyond the borders of Zaun with her ambition and advanced technology heritage.

He fires a shot from his robot arm and pins down the first enemy hit. He recasts the ability to knock the target in the target direction, damaging enemies hit and stunning them if the knocked target is a champion.

Renata Glasc grants an ally or herself increased attack speed over time and movement speed while advancing towards enemies. If a teammate defeats an enemy champion, the buff duration is reset. If an ally is killed while the Rescue Bundle is active, he is fully healed but begins to burn again, depleting within 3 seconds. An ally can stop the burn by taking out a champion before they run out of health.

Unleashes chemical rockets that shield allies it passes, damage and slow enemies. Rockets also apply their effects around Renata when used, and around themselves when they explode at max range.

Unleashes chemical clouds that cause enemies to go insane, gaining attack speed, and basic attack all nearby targets. Enemies under the effect of infuriation prioritize attacking their own teammates, neutral units, Renata’s team, and finally, Renata, in turn.

To find out more about the champion, you can go to LOL’s website here.