League of Legends’ Side Game Hextech Mayhem is on Netflix 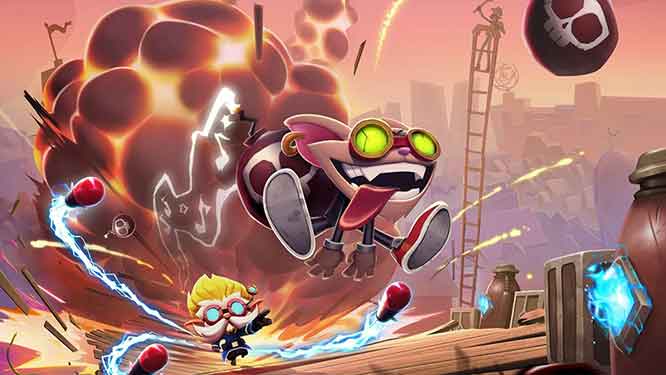 The Netflix Games division continues to grow. Publishing mobile games only as part of a Netflix subscription, without ads, extra fees or in-app purchases, the platform has added two new productions to its library. Starting today, users will be able to play Dungeon Dwarves and Hextech Mayhem on Android and iOS devices with a Netflix subscription.

Dungeon Dwarves, developed by Hyper Hippo, stands out as a fun dungeon game. You control a team of five dwarves battling monsters to reclaim their underground home. Even if you do not play the game actively, your characters continue their struggle. When you come back, you can collect the loot and weapons they find.

Hextech Mayhem takes place in the League of Legends Universe

The LoL-based game, published by Riot Forge within Riot Games, was released on PC and consoles in November of last year. Now, it has come to mobile devices exclusively for Netflix Games. Both Dungeon Dwarves and Hextech Mayhem are available for free, ad-free, and no in-app purchases as part of a Netflix subscription on iOS and Android.

You can go to the game’s google play page here.

Dungeon Dwarves Stands Out As A Fun Dungeon Game

Another new mobile game coming to Netflix Games was Hextech Mayhem. Rhythm-running game featuring League of Legends characters and locations was developed by Choice Provisions. In Hextech Mayhem, you must avoid obstacles, drop your enemies’ weapons, and light the fuses of bombs to unleash chain explosions and achieve maximum mayhem by performing explosive jumps and bomb attacks to the rhythm of the game’s moving music.