House of the Dragon: Release Date, Trailer and Informations

What is known about the GoT series House of the Dragon? You can find everything you need to know about the cast, platform and more. 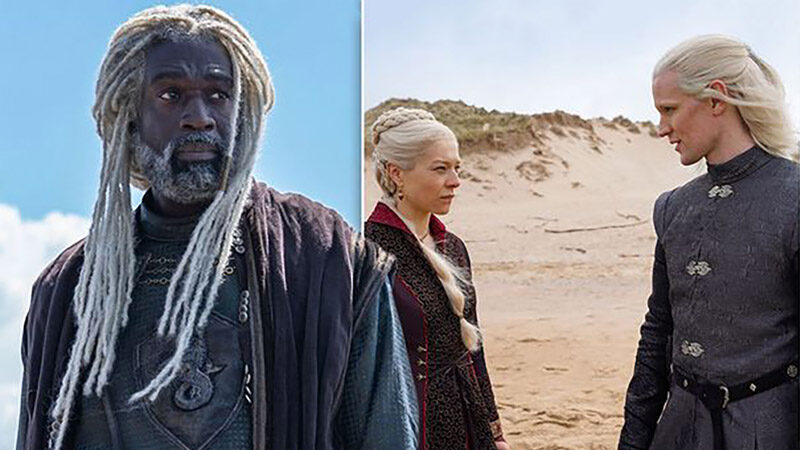 Production continues at full speed in the Game of Thrones prequel series House of the Dragon. Fans of novelist George RR Martin’s dark fantasy universe can look forward to new material, this time set in Westeros’ early past.

We collect all known information about the House of the Dragon. Here you can learn all about the beginning of the series, its platform, its plot and the already known cast. And of course we show you all the photos from the set and the teaser trailer.

All information about House of the Dragon

House of the Dragon Release Date

US broadcaster HBO has confirmed that House of the Dragon will launch on August 21, 2022. He announces on Twitter that the prequel series will begin with a picture of a dragon egg in flames. Despite the challenges posed by the ongoing corona pandemic, HBO is sticking with the original schedule.

Episodes: How many episodes will come?

The prequel series House of the Dragon is based on the Game of Thrones format. Season 1 will therefore come with ten episodes. Nothing is known about possible subsequent seasons.

Platform: Where can I watch the series?

House of the Dragon is available on HBO and HBO Max in the US. These channels will no longer be available in Germany in the near future. So far, a lot of HBO content has appeared on Sky in Germany, including Game of Thrones. That’s why we expect the new series to air on Sky in Germany. Nothing has been confirmed yet, we will keep you informed.

Story: What is the Dragon House about?

The plot revolves around House Targaryen, which represented a powerful dynasty and ruled over dangerous dragons 300 years before the events of Game of Thrones. As king, Viserys I Targaryen rules a peaceful Westeros. His daughter from his first marriage, Rhaenyra Targaryen, will take his place. However, his second wife, Alicent Hightower, daughter of King Otto Hightower’s right hand, and their son longing for the heir to the throne. The resulting dramas eventually lead to an open civil war in Westeros that goes down in history as the »Dance of the Dragons«.

The House of Dragons series is based on the novel »Fire and Blood: The Rise and Fall of House Targaryen« by George RR Martin, whose works also formed the basis of the hit Game of Thrones series. Fire and Blood is a fictional historical work that contains many biographies and short stories.

Cast: Known names in the cast

Key roles for House of the Dragon have already been determined. The cast of the series includes some well-known and lesser-known actors:

The brains behind House of the Dragon are already known: Writer George RR Martin is in the making, and the Game of Thrones composer is on board:
Producers: Ryan J. Condal, George RR Martin, Miguel Sapochnik, Vince Gerardis, Sara Hess
Music: Ramin Djawadi

The first official images of the characters in House of the Dragon have been released. A short teaser trailer reveals many characters (although none of the scaled ones yet) and also shows off some of the new locations:

The story (season 1 at least) takes place 200 years before the events of Game of Thrones, long before King Aerys Targaryen dies at the hands of Jamie Lannister. Targaryen dragons weren’t stunted at this point, so expect similar calibers to GoT’s Drogon.

One small, easily overlooked detail: For a brief moment, the Stark crest can be seen in the joust tournament. However, this family should not play an important role in House of the Dragon. And of course, at this point, the video, which apparently still contains a few hundred more swords, shouldn’t miss a frame from the iron throne.

You can see some photos from the set below;