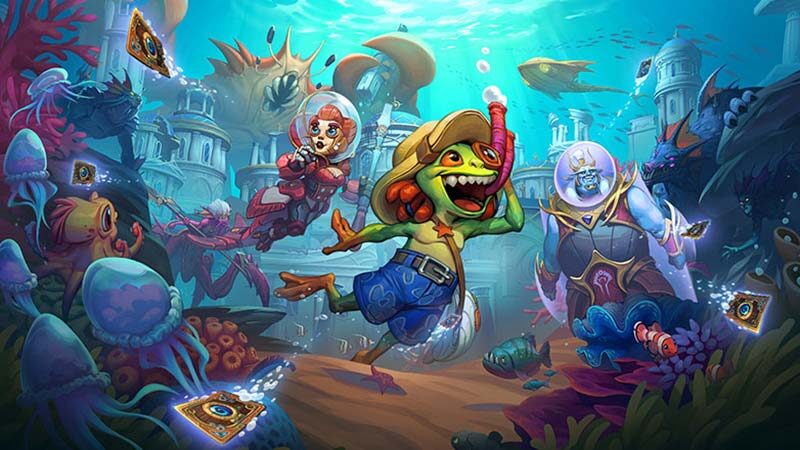 According to developer Blizzard, there are two new Keywords that have had a huge impact on gameplay.

The Colossal Keyword can be found on the extra limbs of some Minions that synergize with their bodies. They are spread over different maps.There is also a new Minion type called Naga that will be added to the game permanently. These give bonuses for players while the Naga is in your possession.

As usual, a set rotation will begin and the Standard pool will now consist of Forged in the Barrens, United in Stormwind, Fractured in Alterac Valley, Voyage to the Sunken City and Core set.

Finally, the Core set will receive an update with 57 cards removed and 72 introduced. There are 250 cards in total. Reno Jackson and Wild Pyromancer are back now.