Home » Game News » GTA 5 and Online: all information about the Next-Gen update

GTA 5 and Online: all information about the Next-Gen update

GTA 5 will be overhauled for PS5 and Xbox Series X/S in 2022. We provide you with all the information about Nextgen Update's release, gameplay and trailers. 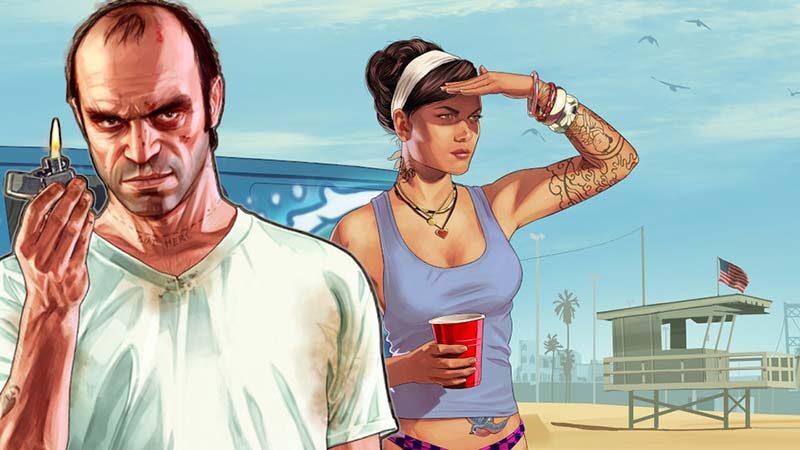 GTA 5 can’t be killed: More than eight years after the original release, Rockstar Games is giving the game a new version. Extended and Enhanced is clearly visible for PlayStation 5 and Xbox Series X/S. So far nothing has been heard from the PC.

When will GTA 5 Expanded and Enhanced be released?

GTA Expanded and Enhanced will be released on March 15, 2022. The release was originally scheduled for November 11, 2021. However, the release was delayed as part of last year’s Playstation Showcase.

At the same time, GTA Online appears as a standalone version: PS5 owners can secure GTA Online Standalone for free for the first three months, Xbox owners will likely have to pay during this time. After that, the game appears at face value on both platforms. Exactly how much and whether the first discount is for Xbox users has not yet been communicated.

Which Platforms Will GTA 5 E&E Coming To?

Extended and Enhanced is the next-gen reboot of GTA 5 for PlayStation 5 and Xbox Series X. There is currently no official confirmation that the innovations will also come to PC.

How much GTA 5 Expanded and Enhanced will cost is currently unknown. It cannot be ruled out that Rockstar will charge at least $70 for the NextGen version.

But meanwhile, a possible price has been set for the next-gen version of GTA 5: GTA 5 for PS5 is now available for $50 on the Game Room online store. While that doesn’t sound very realistic, it can be a placeholder price. After all, GTA 5 is a game that is almost nine years old.

Currently, there are rumors that only GTA 5 owners for PS4 and Xbox One will be able to upgrade to the next-gen version at no additional cost. However, the assumption that Rockstar is doing the same for other video game developers is clear.

GTA 5 and GTA Online on PS5 and Xbox Series X/S will be available for pre-download on March 8, 2022, when pre-sales begin. Nothing is known about the size of the preload.

New Features: What changes will be in the game with the NextGen version?

All previously known details about the improvements and new features can be found in the list below. What’s new with GTA 5 Extended and Enhanced:

There will also be a completely new training to help newcomers get started with crime. This also includes other starting aids like a bonus for the first property.

Beginners can also choose from four different jobs as part of the new Career Builder: biker, manager, nightclub owner or gun dealer. There will also be new high-end vehicles and new weapons.

Trailer: What’s there to see about the next-gen version?

So far, there’s only one gameplay trailer of GTA 5 Expanded and Enhanced released by Rockstar for PlayStation Showcase 2021. However, this trailer has been heavily criticized by fans and for various reasons.

Among other things, fans complain that the next-gen version of the game is graphically almost indistinguishable from existing versions. There is no progress to be seen and the information is generally very weak and vague. Instead of concrete details, players are only put off by much more.