Ghostbusters returns to the gaming world with a bang

Ghostbusters Spirits Unleashed shows up as a hit in our preview. But we wonder if the century-old franchise will still inspire the Fortnite.. 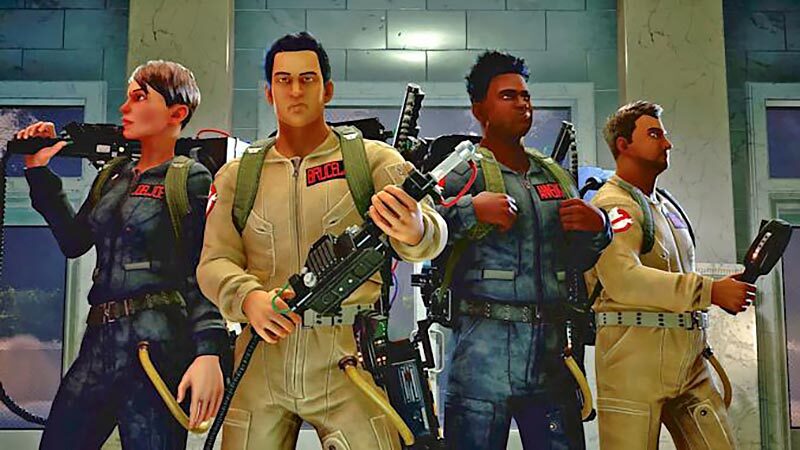 The 1980s were already a remarkable decade. In the movie landscape alone, they paved the way for today’s ubiquitous cow culture. Dune, Tron, Predator, Mad Max… just to name a few. And of course the honorable Ghostbusters! When ghosts were cool and jokes were shallow – before seriously grumpy heroes and humorless zombies took over – kids yearned to be like Bill Murray, Dan Aykroyd, and Sigourney Weaver.

After two new movies, the last of which went surprisingly well, Illfonic dares to bring its ghostbusters back to interactive parquet. In Ghostbusters : Spirits Unleashed, you are tasked with capturing a silly, creepy ecto-beast that is randomly controlled by a real opponent as a cooperative ghost hunter.

We were able to take a look at the asymmetrical multiplayer from the developer of Friday the 13th and Predator: Hunting Grounds and were pleasantly surprised! The playful comic style captures the spirit of the movies far better than feared. Even if we ask ourselves who the game is for.

The story of the new game is like a superfan’s dream: the legendary Ghostbusters take over the fire station and you follow in the footsteps of Peter Venkman, Ray Stantz, Egon Spengler and Winston Zeddemore! Elder heroes accompany you as NPCs! You even use the legendary converted ambulance ECTO-1 on missions! Okay, as you see, I have a thing for ghost hunters.

Ray Stantz, aka Dan Aykroyd, runs an occult shop right next to the Firehouse that serves as a sort of “side hub” for your ghost player activities. But the fire station in particular took my heart by storm because, like many kids from the 80s and 90s, I have vivid memories of this place. I watched the movies not just once, but once a year!

I’m optimistic that Ghostbusters fans will have a really good (old) time with Spirits Unleashed. And fulfill your dream of one day keeping order in New York as a ghost hunter. At least its retro factor should replace Illfonic. And the game looks solid at first glance, too.

Only the childish graphic style can offend adult fans. I felt very strong Fortnite vibes, which is not a bad thing, but I personally don’t like it. On the other hand, the high-contrast art style fits perfectly with the humorously exaggerated ghosts that are in no way inferior to, or even overshadow, those in the movies!