Home » Game Information » Fallout London: Everything we know about the highly anticipated mode

Fallout: London will be even bigger than Fallout 4. We've gathered all the known information about the release, price, story and more for you 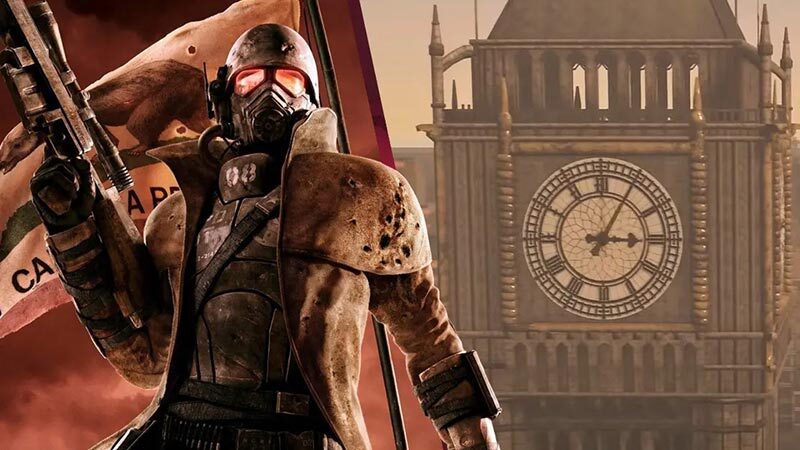 Fallout: London is one of the most ambitious mods of all time in development and is already attracting millions of fans. We have compiled all the important information we can find about Fallout: London for you and we have collected it in this article.

Everything you need to know about Fallout London:

Stream: When will Fallout: London be released?

Fallout: London is created by a team of volunteer developers and contributors. It’s hard to pinpoint an official release date as they can’t consistently devote the same amount of time.

Lead developer Dean Carter told us in an interview: “We have a release date in mind and we’re working hard to achieve it.” So we expect a release in 2023 at the earliest.

Price: How much does Fallout: London cost?

After the mod is released, it will be completely free to download. You need Fallout 4 with all the DLCs to play.

No. The mod will only be released for PC.

Story and Setting: What is Fallout: London about?

Little is known about the story itself. In the first gameplay trailer showing the character creation and tutorial, we learn that our character was held captive as a test subject in an underground research facility and could only be released as a result of an accident. It is not yet known how things will continue after the escape.

You can watch the 20-minute trailer again here:

But the developers promise there will be tons of quests and interesting NPCs. Super mutants, death claws and other iconic enemies of the previously known Fallout universe should not exist due to the different location.

Gameplay: How to play Fallout: London?

In terms of gameplay, not much will change compared to the original, so you can expect a mix of exploring the open world for free and following a campaign.

This open world consists of a condensed version of London that focuses on the main boroughs and some areas outside the city limits. The world is roughly the same size as the Commonwealth in Fallouts 4.

Accordingly, as you already know from Fallout 4, you can expect the well-known mix of genres of sneak, shoot, shoot and NPC dialogues.

But the developers have already announced a big difference: Fallout: London should have significantly fewer firearms than in Fallout 4, and the focus will be on melee.

Factions: Which factions are in Fallout: London?

There will be seven different factions in Fallout: London. You should even be able to officially join everyone except Gentry and Tommies.

Gentry: The Gentry are the current rulers of London and are descendants of the pre-war aristocracy and British government. They run the city of Westminster from within the walls and they have big plans for the restoration of the UK.

Tommies: The Tommies were formed as a militia intended to act as the guardians of London. Although their actions begin with good intentions, early in the game their leaders are unaware that they have become an instrument of the upper class.

Tommies defends London for the elite, and they get little thanks for doing so. In the game, they act as defensive forces along the walls and on the lands.

5th Column: The 5th Column is led by Eve Varney. He wants to overthrow the London order and build a new empire from the ashes. This populist movement is strong and growing, its ideas gaining popularity among London’s lower classes.

Camelot: The Camelot Movement is an underground organization fighting to free London from the rule of the nobility and establish a new representative republic to rule. Although they are currently in hiding, they are still fighting for British rights.

They once tried to reform London peacefully, but after the gentry used violence against them, they went underground and now seek revolution and overthrow of the gentry.

The Vagrants: The direct enemies of the Isle of Dogs Syndicate, the Vagrants are driven by one thing in 2237: revenge. They want to destroy the Isle of Dogs Syndicate, even if it’s the last thing they do. They are led by a man named Sebastian Gaunt, who is a rude, snappy and grumpy man. They take their cues from Peaky Blinders and other similar British gangsters of the time.

Angel: Angel is an elusive group that is only talked about in secret. Some claim they are descendants of a pre-war science ministry within the British government. Others say they have agents and eyes that watch and monitor the lives of all Londoners everywhere. And yet others say they are a myth designed to intimidate the ranks.