Diablo Immortal, developed by Blizzard Entertainment for android, iOS and PC, release date, price, classes in the game and all information. 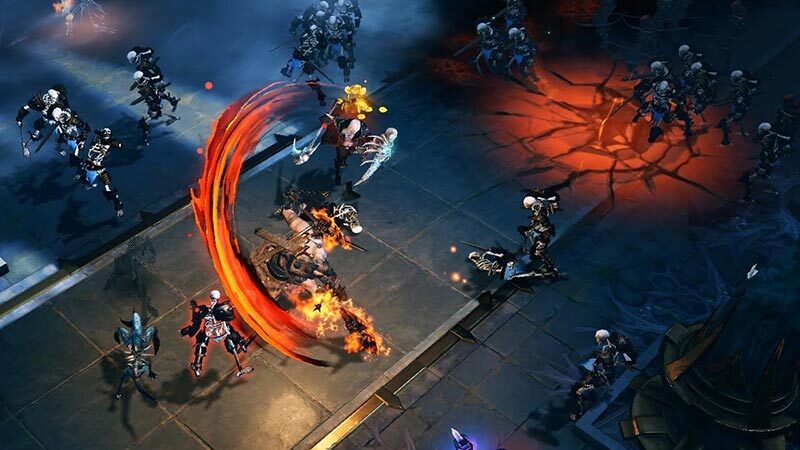 Diablo Immortal, an offshoot of the famous action role-playing game for mobile phones and tablets, was announced at BlizzCon 2018. The release date has now been announced in a livestream, and a PC version has also been announced. We have collected all the important information about the new Diablo for you in this article.

When will Diablo Immortal be released?

Diablo Immortal will also be released for iOS, Android and, as now announced, PC on June 2, 2022. The developers state that they want to reach as many players as possible.

The PC version of Diablo Immortal celebrates its release in open beta on June 2. We’ve outlined how you can sign up and other things you need to know about the beta in the following article:

How much does Diablo Immortal cost?

Diablo Immortal will be released as a Free2Play game and therefore will be free to play on all platforms. Of course, that means you can spend money on the game in other ways. So there will be an in-game store. According to the developer, you can fully experience the game without spending real money.

What classes are in Diablo Immortal?

You can play six different classes and switch them in one run for the first time. These are your options in the overview.

How does crossplay work in Diablo Immortal?

Diablo Immortal should not only have cross-interaction between mobile platforms and PC, but also cross-progression. In concrete terms, this means that you can easily play with your friends who are playing on another platform. You can also change the platform yourself at any time and play, for example, at home on PC, and on the go with your smartphone in the same place.

What is the difference between PC and mobile versions?

While Diablo Immortal will be released in beta on PC, this release is intended to include all the content and features of the original game. Also, once development is complete, all your progress in the beta will continue.

Also visually, the PC version will probably not differ from the original. The livestream only mentions that modern smartphones have very high resolution, so the game looks great on PC as well. You can see screenshots from both versions here:

How to control the game

On PC, you will be able to control Diablo Immortal not only with a controller, but also with a mouse and keyboard. In Diablo, you can let your character run and attack in the classic way with a mouse click, or even move for the first time with WASD.

According to lead developer Wyatt Cheng, smartphones and tablets are considered the primary platform, so the PC version may face difficulties when it launches. On your smartphone or tablet, you have the option to use the touchscreen to control or connect a controller.

What are the system requirements of Diablo Immortal?

The official system requirements for the PC version have already been revealed:

To pre-register for the game, you can go to Blizzard Entertainment’s official website here.