Apple's M1 Ultra chip promises the performance of a high-end computer in a small space. We looked at initial comparisons against high-end PC. 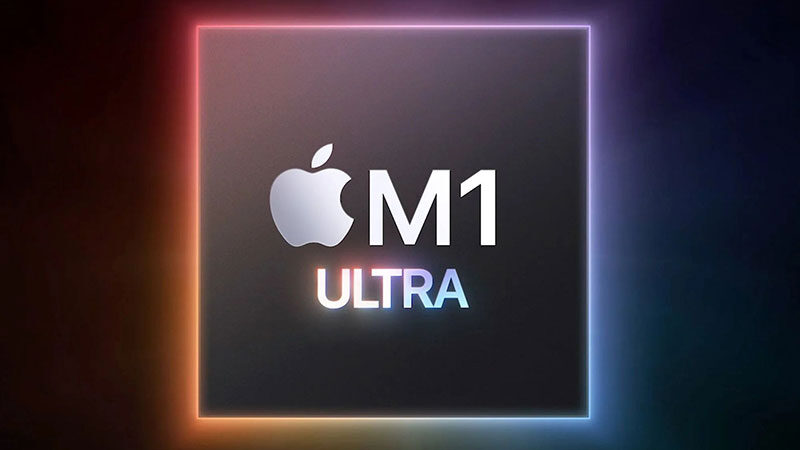 Apple’s M1 Ultra is the company’s largest and most powerful chip to date. It’s a processor and graphics card in one, and according to Apple, it should not only be able to keep up with high-end PCs, but also consume significantly less power. We looked at some benchmarks to see if that’s really the case.

The M1 Ultra is built into Apple’s new Mac Studio and is only available in the most expensive version. Mac Studio is the same length and width as the Mac Mini, but significantly longer. Despite that, it’s still a compact Mac. A gaming PC with an RTX 3090 and Intel 12900K needs significantly more space.

Apple’s chip isn’t entirely new either. Simply put, the M1 Ultra consists of two combined M1 Max chips. So you get twice as many CPU and GPU cores with the chip. But that doesn’t automatically mean twice the performance.

To get a picture of performance versus high-end hardware, we looked at YouTuber Dave2D’s benchmark results and other metrics in the video below and summarized the results for you.


In terms of processor performance, Dave2D allowed the M1 Ultra to compete with the Intel 12900K and AMD 5950X. In the Cinebench R23 multi-core test, the Apple chip is just behind its PC rivals. But in Geekbench 5 the Apple CPU is much more powerful.

Then it tested the graphics performance of the chip. Here the M1 Ultra competes with an RTX 3080 and an RTX 3090. In the GFXBench 5.0 test, the Apple chip is only slightly behind the RTX 3090, but ahead of the 3080. On the other hand, in the Tomb Raider game, it surprisingly lags behind Nvidia GPUs.

Apple’s chip can flex its muscles in the Premiere Pro video editing program. Here it takes just 9 minutes to create a 10-minute 6K clip. The second fastest computer is one comprised of the Intel 12900K and RTX 3090, followed by the AMD 5950X and RTX 3090.

Measurements by Dave2D paint a matching picture with other test results that sometimes see Apple hardware ahead, sometimes PC hardware from Nvidia & Co. These other tests include YouTuber Matthew Moniz and the Tech-Portal golem from the video above. .

With a PC, components can be easily replaced or upgraded later, making it a much clearer choice for gaming and often cheaper despite current prices. The Mac Studio with the M1 Ultra chip already costs $4,599 in the cheapest configuration.

Apples and oranges are compared to some extent because of their different target groups and fields of application. Still, we’re excited to see how the M1 Ultra performs compared to typical non-Mac hardware.

What do you think of Apple’s M1 Ultra? Is it too far for your needs when it comes to impressive hardware that you can definitely use professionally or privately, or gaming that isn’t specifically Apple’s main focus? Feel free to write in the comments!