Amazon has announced its plans for the New World in 2022 with a roadmap. The information was released in a Dev Update. 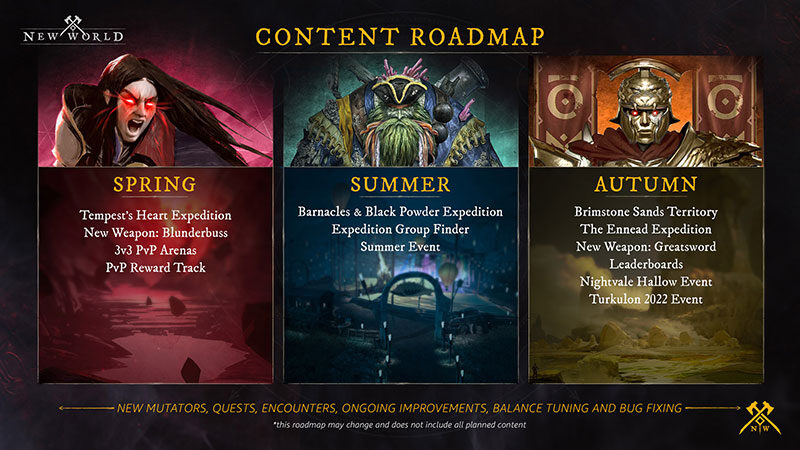 The first update will be released in March. In it, the main story ends with a new endgame campaign. A new weapon, the Blunderbuss, will also be available in the update.

More endgame expeditions are coming throughout the year, a new region with its own culture called Brimstone Sands, a new Broadsword weapon, events and PvP arenas.

Balance issues and bugs are also corrected throughout the year.

New World was released in September 2021. It broke all kinds of records with very high player counts, but these records fell rapidly due to long load times and a lack of new content after release.