Home » Game News » Age of Empires 4: Roadmap shows what’s next at the end

Age of Empires 4: Roadmap shows what’s next at the end

AoE 4 roadmap has been announced. Players were informed about the updates and which improvements are coming. 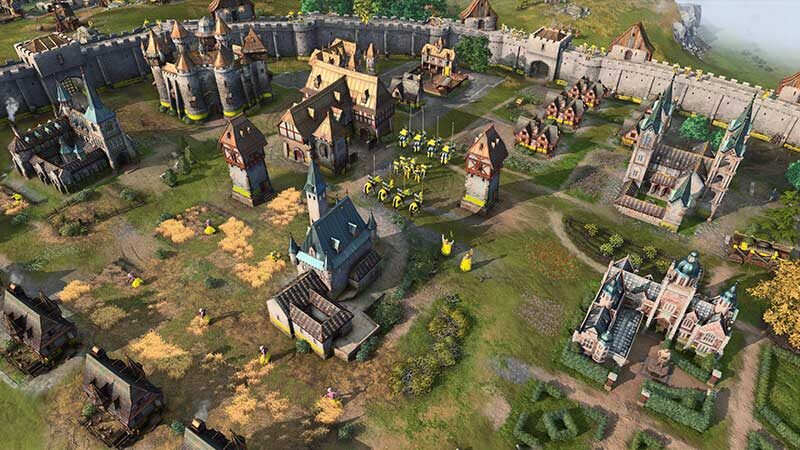 Age of Empires 4 uses a seasonal model for its ranked multiplayer mode; This model should regularly offer players new content and rewards as they successfully compete in the rankings. However, after a relatively successful debut, the multiplayer game has recently lost many players who were annoyed by the only slow implementation of community feedback and the persistence of balance issues for months.

The latest announcement can certainly be seen as a reaction to this development: The developers are providing a roadmap for the next four months and want to give the community more precise information on their future update strategy. We have summarized the most important information for you.

The roadmap initially only covers the period from February to July 2022. 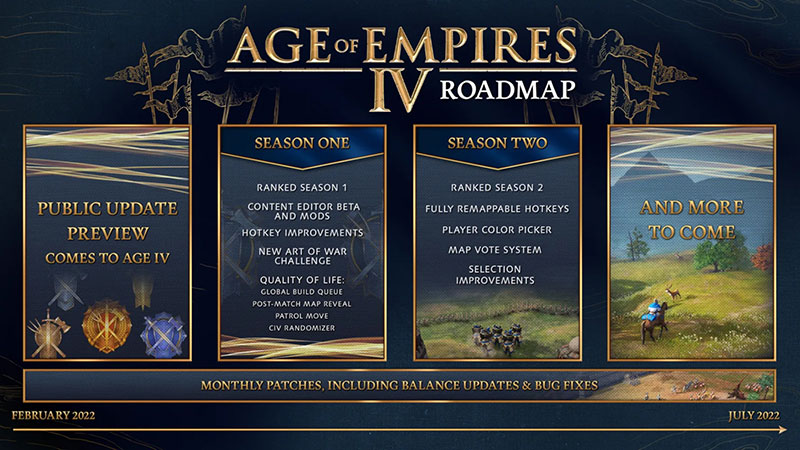 Initially, it was said that even own game modes would be possible.

Nearly three months later, Season 2 brings other changes that are still in an earlier stage of development and therefore not yet as detailed as the first season: